We are writing to you today to demand fair treatment for the people of Saskatchewan.

For some time now, your government has accepted New Brunswick’s plan to comply with your carbon-tax. The New Brunswick plan provides relief to consumers from your tax with a rebate.

In light of the Supreme Court’s ruling, Saskatchewan submitted a similar plan. Yet despite the fact that you accepted New Brunswick’s proposal, last week your Minister of the Environment rejected Saskatchewan’s proposal.

Mr. Trudeau, this is a double-standard that is completely unjust. One of the fundamental principles of confederation is the fair treatment of the provinces by the federal government. Denying our province the same benefits that you have granted to another sets a dangerous precedent.

You are effectively saying that the people of Saskatchewan must bear the full impact of your tax, while people in New Brunswick are protected from its full effect. This is grossly unfair.

Your excuse that you are planning on moving the goalposts on your carbon tax in 2023 is completely illegitimate. At the very least, you should accept Saskatchewan’s plan until such time as you change the rules for all provinces. Instead, for the next year and a half, you are denying the people of this province the same benefits that the people of New Brunswick enjoy.

Conversely, voters in this province utterly rejected your platform and your record as Prime Minister. You have no mandate to impose arbitrary rules on this province over the objections of its provincial government and against the unanimous opposition of its elected federal MPs, especially when you have granted concessions and accommodations to other provinces.

We are calling on you to put a stop to the provincial favouritism, and accept Saskatchewan’s proposed implementation of your carbon tax. Canada deserves a Prime Minister that unites Canadians, not one that sows division.

Mid Plains Diesel: We Service All Makes of Diesel and Gas Engines 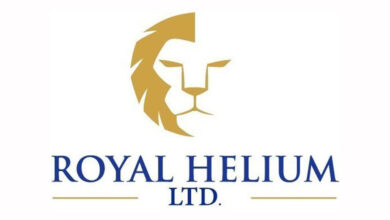