“History repeats itself, but in such cunning disguise that we never detect the resemblance until the damage is done.” – Sydney J. Harris, an American journalist who lived from 1917 – 1986.

As Remembrance Day dawned, I listened to a number of Holocaust survivors tell their stories. A male survivor recalls attending his first day of school in 1934, at which time Hitler had been in power for a year. From that time forward, privileges were taken away from the Jewish people. They were prohibited from going to any public facilities such as theatres, restaurants and even some grocery stores.

“I saw one movie by the time I was 18 years old,” he recalled. Within a few years, he wasn’t allowed to attend school and high school graduates were forbidden from attending university.

“After 1936, Jews were not allowed to use public transportation, and it became impossible to have a normal life,” he said. They were unable to congregate in groups and were forced to wear a star, which was sewn on to their clothing. They were labeled as “traitors”.

Jews experienced censorship and were not allowed to have newspapers or radios, so there was no access to communication from the outside world. On November 9, 1938 “all hell broke loose” he said, as stores and synagogues were set on fire. This survivor said, “Everybody felt it was their patriotic duty to report Jews for small infractions, even children. There was no court that would uphold your rights.”

Air raids took place twenty-four hours a day, but Jews were not allowed access to bomb shelters. People huddled in shelters would not let any Jews in.

Hedi Fried is another survivor who had been telling her story for thirty years. “In the beginning people didn’t want to listen to what happened,” the woman said. She eventually became a psychologist, and reminisced about growing up in a small town, living peacefully with all kinds of minorities, but things quickly changed.

“An injustice is like a grain of sand in your hand. You can’t feel the weight of it,” she said. “But injustices have the tendency to multiply. As long as life isn’t at risk you continue; you live with it. But injustices become more and more, and in the end you can’t bear it. That’s why it’s important to act while there’s still time. And if one compares then to the present, there are so many similarities.”

Looking at the world she experienced déjà vu. “What I see is small, and the things that I once saw are big. There are so many similarities and it could happen, maybe not the same way,” she mused. “What is true has become a lie. Is it true that Auschwitz never happened?” After the war, elementary students in Germany were not taught about the camps.

Louise Mirrer, president and CEO of the New York Historical Society, said “Anti-Semitism was introduced at the earliest possible moment in the education of children.” Eventually people became desensitized and even the most well-meaning people thought comparing Jews to a poisonous mushroom seemed normal. She noted the goal of Nazi propaganda was to demonize Jews and to create a climate of hostility and indifference toward their plight. As early as August, 1920, Hitler compared the Jews to germs, stating that diseases cannot be controlled unless you destroy their causes.

One survivor said he tells his story so it won’t happen again. But he also said, “People are cruel. They want to have their own way and it can happen if condoned by politicians. The only message I have to give anyone is to be on guard.”

Survivor Hedi Fried observed, “It may look terrifying but we can’t be scared. Take the bulls by the horns; fight against it.”

She sited education as a long term solution, noting young people need to learn how to be more active, to be there for each other, have more empathy and hopefully have a moral compass.

I’ll let you pause and reflect on these stories which were told decades ago. Lest we forget and allow history to repeat itself.

Cost of Living Top of Agenda As Parliament Returns 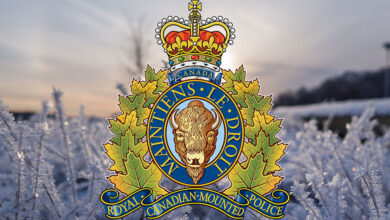