All the world’s a stage, and all the men and women merely players; They have their exits and their entrances, and one man in his lifetime plays many parts.

On October 2, 2021, Jim Adams passed away at the age of 94 in the Kindersley Heritage Manor, having played many parts in his life. He was born on August 3, 1927 in Alsask, Saskatchewan, the youngest of 9 children. He was a keen student, graduating Alsask School and attending the University of Saskatchewan in Saskatoon. His love of reading, particularly poetry, stayed with him throughout his life. His time at the U of S left a lasting mark – he thought everyone should attend university. In Saskatoon he met the love of his life, Joan Hughes, and they were married October 3, 1953. By 1959, he had convinced Joan to move back to Alsask and begin farming on the family homestead, located in the ‘banana belt’ of Saskatchewan. They lived on the farm for over four decades, raising seven children and instilling them with a love of the prairies and poetry. To keep seven children fed, dressed and educated, Jim took on many extra jobs, including janitor work and garbage hauling at CFB Alsask, grain elevator demolition and freight hauling.

He was an avid Riders fan and enjoyed sports of all kinds. He didn’t travel too far from Alsask but was always ready to hit the trail with Joan to attend an auction to get some “new” old farm equipment or other valuable items. In the early 90’s they bought a small hog operation and this became the North Farm. He was very proud of the house and all its conveniences.

He wouldn’t mention it, but he battled colon cancer twice, and recovered from several heart attacks. The time came in 2010 to leave farming behind and move to Kindersley, though he would sneak back to the farm with Joan on numerous occasions, like teenagers breaking curfew.

His favorite activities in these past few years were visiting with old friends and new, and his family; assembling puzzles; reading anything and everything. The friends he made at Evergreen apartments, and staff of Home Care were invaluable support to him, particularly through these last months of the pandemic. Even in his last weeks when he was moved to the Manor, when his voice was nearly gone, he was able to recite poetry as easily as saying hello. He did indeed rage, rage against the dying of the light, looking for bits of happiness even while in pain.

Donations to the Alsask Community Club, the Kindersley Food Bank, The Bob Adams Foundation or a charity of the donor’s choice would be appreciated. 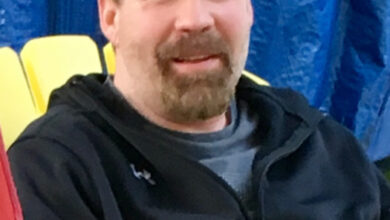 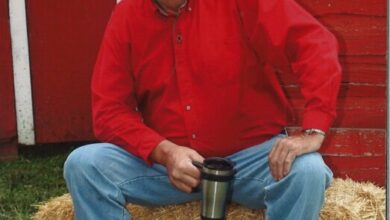 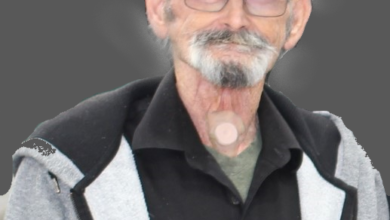 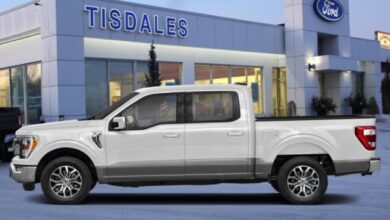