On May 14 in Rosetown, four teams from two schools squared off in the first Sun West Debate Tournament in many years. Students from North West Central School (NWCS) came down to Rosetown to challenge the Rosetown Central High School (RCHS) Debate Team on their own turf! Everyone was nervous but everyone was also excited. For the RCHS Team, it would be their first chance to debate someone who wasn’t from their own school and for the NWCS Team, it was their first debate!

The RCHS Team, which had only started this year, invited all Sun West schools to the tournament and although in this first year only NWCS accepted, as RCHS Coach John McPhee stated: “it is still a great beginning.” Click here to learn about the RCHS Debate Team .

The NWCS Team had only had two weeks to prepare. During the recent Sun West Student Leadership Conference, Brylee Jeffries one of the RCHS Team members and Sun West Student Leadership Program members promoted the Tournament and the NWCS asked their teach Leora Diakuw, who was well-known for her involvement in debate to bring them to the tournament. “We are going to this – right!?” the students asked Ms. Diakuw upon seeing Brylee’s announcement of the tournament.

The two teams met in the RCHS theatre in front of an audience of family members and friends. Each school had two teams and there was a total of four debates so that each team would have the chance to debate both of the other school’s teams. The topics for each debate were not known until just before the debate. After the topics were announced the teams each had 30 minutes to research the topic and plan their strategies. The four topics were: “School authorities should have access to a student’s cell phone if they were accused of bullying;” “Final exams should be eliminated;” “Academic awards should be eliminated;” and “Participation in sports should be mandatory in high school.”

Each debate was adjudicated by three judges. These were Adele Smith and Julia Coutts, both who are retired RCHS teachers and former debate coaches and Conrad Olson, an RCHS graduate who had participated in debate in university. Following each debate, the judges would provide the debaters with a verbal evaluation and useful analysis of what they had done well and where they could improve. The judges’ advice was very helpful and the debaters incorporated much of what they were told as the tournament continued making for a very strong finish for all involved. The Judges also tracked points for each of the debaters and provided them with summaries after the tournament were finished so they could each see how they had fared individually and as a team.

RCHS Coach McPhee closed the tournament by noting how valuable it is to learn to discuss disagreements in a spirit of respect and congratulated the students for their participation stating: “whether you know it or not you are helping change the world in a good way.”

Other schools had expressed interest in participating in the Tournament but this year’s short time frame proved too difficult for them. Coach McPhee, however, expressed optimism that next year with more preparation time that more schools will take part and debate will become an important part of Sun West culture.

Pipeline Dollars Pumped Back Into Communities 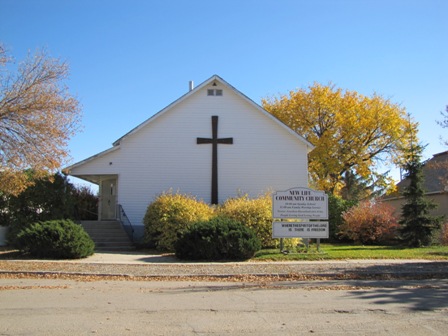 If the Global Economy Weakens, How Will Canada Fair?