Producers made the most of the hot dry weather by harvesting as much as possible before thunder and rainstorms rolled through the province on the weekend, and harvest progress is now sitting at five per cent, just behind the five-year average (2017-2021) of eight per cent.

There was precipitation in every region this past week with multiple storms bringing rain, hail and wind. The most rain received this week was in the Humboldt area where one crop reporter recorded 83 mm. The Broadview area received 65 mm, the Vanguard area 30 mm, the Saltcoats area 49 mm and the Conquest and Dinsmore areas received between 1 mm to 6 mm. Many producers in Crop District 6B (the Saskatoon-Outlook region) have received less than 150 mm (six inches) of rain this growing season and their crops, pastures and hay land have been impacted similarly to last year. There are water shortages across the southwest and west-central, resulting in many producers hauling water and continually testing the water quality of dugouts used for livestock.

Crop damage causes this week were attributed to insects such as aphids, diamondback moths and grasshoppers, strong winds, heavy rains and hail. There were several reports across the province concerning hail damage; some crops only received minor damage and are expected to recover while others were completely cut down. Grasshoppers have caused significant crop damage all season, and producers who are now harvesting, report they are dealing with plugged equipment from harvesting fields infested with this pest which creates delays and will require them to clean their seed.

Farmers are busy getting equipment and bins ready for harvest, swathing and desiccating crops, and combining where crops are ready. Other producers are waiting for their crops to mature.

With harvest underway in Saskatchewan, producers and the public are reminded to exercise caution regarding machinery and equipment moving on major and secondary highways. Concern about fires is very high and farmers should ensure firefighting equipment is properly maintained and close by to stop any combine or field fires from getting out of control.

Inquest Into The Death Of Curtis Mckenzie

KS TV: Who is Your Mentor? 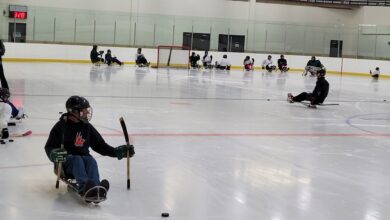