With the Queen’s passing, we were reminded of her visit to the area. On October 21st, 1987, the Kindersley Clarion wrote this article to cover her time here:

A crowd of over 4,000 people greeted Her Majesty Queen Elizabeth II and His Highness the Duke of Edinburgh yesterday as they entered the play-ground at Westberry School, during their visit to Kindersley. About 3,000 children from schools throughout the Kindersley School Division were joined by students from other school divisions and hundreds of adults, all vying for a chance to catch a glimpse of the Royal Couple. The Queen and Prince Philip arrived in Kindersley from Regina at 12:30 p.m. aboard a Dash-7 aircraft and were driven by motorcade to ceremonies at Berard Field. The Royal Couple was presented by Kindersley Mayor Archie Colton, to members of the town council and their spouses and was welcomed to Kindersley by Bob Andrew, Kindersley MLA and by Mayor Colton. “It is with a great deal of affection and warmth that we welcome Your Majesty and Your Royal Highness to our community,” said Colton.

Her Majesty wore a coat in mulberry and grey-flecked tweed, a dress of mulberry crepe, a mulberry felt hat with black grosgrain trim and black accessories. Mayor Colton told the audience it was at the request of Buckingham Palace that the town hosted a demonstration of oil field equipment for the Queen and Duke of Edinburgh; and to mark the occasion, the Town of Kindersley presented the Royal Couple with a gift — a miniature oil derrick and pumpjack. Her Majesty was then presented with a bouquet of flowers by Winnetta Willis, 92, and Elizabeth Worrall, 87. Andrew introduced the Queen and Prince Philip to representatives from CN Explorations Inc. and Alterry Well Servicing Ltd. They were given a brief demonstration of the equipment. Following the demonstration, the Royal Couple was driven to Exhibition Stadium where they attended a luncheon, hosted by Bill McKnight, Kindersley-Lloydminster MP and Minister of Indian Affairs and Northern Development, for the Queen and 1,000 invited guests.

After the luncheon, the Queen and her guests were entertained by the Kerrobert School Band, the Eston-Elrose School Choir and the Billett School of Dance. McKnight welcomed Her Majesty and His Royal Highness to Kindersley on behalf of the Government of Canada. “Kindersley is like many other towns on the Prairies,” McKnight told the Queen, “– a centre of activity for the surrounding communities for miles around. The sports centre is an essential element of the rural way of life in Western Canada — and we are privileged to have you share it with us.” The minister said Canada is known as a community of communities, and communities like Kindersley have built the country. He told the Royal Couple that Western Canadians are proud of their pioneer heritage, their hard work and their dedication and stamina.

“On previous occasions, you have seen the glorious, golden wheat fields of Saskatchewan. Today, you are seeing them again — after harvest. We are grateful you are with us to make this harvest a memorable one,” McKnight said.

In response, her Majesty thanked McKnight for his welcome and assured him she was deeply touched by the genuine affection in the greetings of Kindersley residents. “The first European settlers arrived in this part of the country not much more than 100 years ago. Prince Philip and I first came here (to Saskatchewan) 36 years ago, so we can almost claim to be pioneers,” said the Queen. Her Majesty reaffirmed the bond between the Crown and Canada’s aboriginal peoples that was set in terms of compacts between the North West Mounted Police, as agent for the Sovereign, and the native people. The Queen told the guests that Kindersley and Saskatchewan have made great strides forward from when they were founded. She said the development of oil resources and wealth created by family farmers are a tribute to the people of the province.

“Neither mineral nor agricultural resources could have been exploited without the initiative and endurance of the people,” she said. “From these first settlers to the young citizens who have entertained us today, the inhabitants of Saskatchewan have never lost sight of their ambition to build a better tomorrow.”

Following the speeches, the Queen and the Duke of Edinburgh were escorted to Westberry School, where they met Walter Fast, the chairman of the Kindersley School board, and his wife Linda Fast and Elda Clarke, Kindersley School Division, and her husband Merlin. The Queen unveiled a plaque opening the new east wing of the school and was conducted on a tour by Neil Garvie, the school’s principal. The Queen and the Duke of Edinburgh were given a demonstration of physical education by a Grade 3 class in the gymnasium and demonstrations of a children’s reading program, computer education and resource facilities in the school’s learning resource centre and library. Jennifer Becker, 7, a Westberry student, presented the Queen with a bouquet of flowers as they left the school.

Her Majesty and His Royal Highness walked among the crowd of over 3,000 children and adults who greeted them outside the school. After the walkabout, the Queen and Prince Philip were driven to the Grant Rennie farm, near Flaxcombe. Upon arriving at the farm, the Royal Couple was introduced to Grant and Audrey Rennie, their children and their parents. The Queen and the Duke of Edinburgh toured the farm, which included viewing shorthorn cattle, feed operations and various equipment. The Royal Couple then departed Kindersley for Regina. 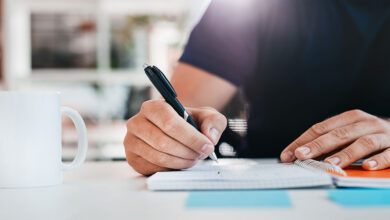 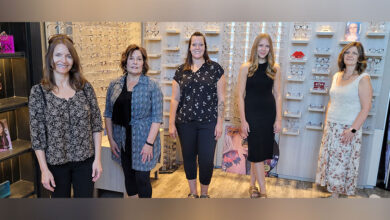 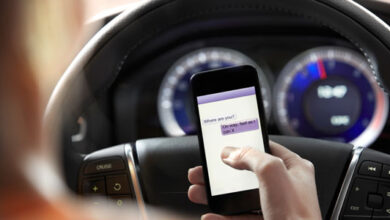