I remember back in 2010 I was working at a restaurant next to Kits Beach in Vancouver, BC. I worked alongside some interestingly wonderful people. Of the few months that I worked there, I have one scenario that stands out in my mind. I don’t recall what I said or did, but the lady I worked with said, “you seem very much like a feminist”. I was taken aback. A feminist? Seriously? I felt offended and embarrassed. Why would she think of me that way? To me, up to that point, a feminist was very much the epitome of an angry, short-haired woman. That was the image that came to my mind. That was the image that is often presented in media and throughout our culture.

Fast forward a few years later. I have now read many feminist theories, among other dominant, Eurocentric theories. What I have found is that feminist theory is much more than what I had previously thought – it’s more than the ways the media and political economy have chosen to illustrate it. The feminist perspective is typically concerned with the “material practices of power and the distribution of social resources” (Jackson, 2012, p. 18-19). What I find fascinating about feminist theory is that it makes a commitment to not only grapple for the equality of women, but also the equality for underrepresented individuals who may not otherwise have a voice. For instance, it contends for better health care and representation for the groups of people who have been historically left out of medical studies. A vast majority of studies from our past were commonly dominated with male subjects. Women have far more complex biology, so it was often more simplistic just to leave us out. Furthermore, feminist theories include the advocacy for the “production, preparation, and/or maintenance of food, clothing and housing; child care and rearing; elder care; and care of the sick/infirm” (Jackson, 2012, p. 19). What I believe to be feminist is not power over one another but power with one another. Empowerment can be mutual, where everyone involved changes for the better (Ponic et al., 2014, p. 48). Similarly, feminism battles not only for the women who work outside the home but also for stay-at-home mothers. All too often the media represents both women in an unfair lens.

In their study, Johnston and Swanson (2003) found that the media upholds the dominant traditional ideology of motherhood and restricts mothers’ chance to participate in the public sphere where critical social change happens. The authors ask, which type of motherhood ideologies are promoted in magazines designed for women and if there is a dominant ideology that is portrayed. They also ask how maternal myths are portrayed along with their competing ideological frames. The magazines selected for analysis were the two highest subscription magazines for women of childbearing age, the highest subscription parent magazine along with two magazines that were highly relevant to employed mothers. Text units were coded for motherhood ideologies, maternal myths, mother’s emotional states, dominant mother role, and topic focus. The findings highlight that the promotion of traditional constructions of motherhood persist in women’s magazines, primarily White, at-home mothers, who seldom venture outside the domestic sphere. It was also noted that categories that would typically concern mothers such as the environment, poverty, children, economy, media, and conflict

were rarely mentioned. Furthermore, employed mothers were presented more commonly as “happy, busy, and proud”, whereas at-home mothers were more likely presented as “confused-overwhelmed” (Johnston and Swanson, 2003, p. 27). Their findings also suggest the “double binds” of contradictory expectations of mothers being “romanticized as life-giving, self-sacrificing, and forgiving, and “demonized as smothering, overly involved, and destructive” (p. 30). The discussions and results from this study have shown that magazine portrayal of mothers play a critical role in developing guilt and shameful emotions.

Just within these examples, feminist theory is demonstrated to be another perspective from a voice that typically did not make it into our history books and research studies. As with anything in a democratic society, I don’t believe these theories to be the final truth, but just one truth that is worth acknowledging and understanding. The wider perspective we have for different voices, the greater our empathy and decision-making capabilities become.

Bale Grazing as a Winter-Feeding Option 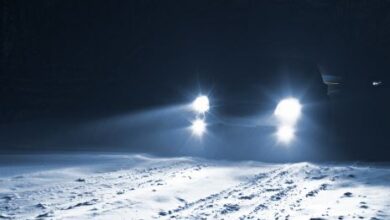 Proper Use of Headlights Is Always a Bright Idea 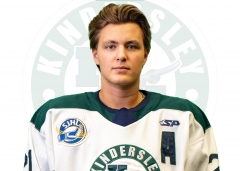