Saturday night saw the Kindersley Fire holding their annual Fireman’s Banquet. Before the meal, a moment of silence was held to honour all first responders who have paid the ultimate sacrifice.

The crowd consisted of the fire brigade with their families along with fellow first responders (EMS and RCMP), elected officials and town administration. One theme of the speeches that evening included the need for emergency responders to have a safe place.

Michelle Weber, from the Traumatic Events Response Team, also focused on the need for a safe place for emergency responders. She mentioned how emergency personnel need access to resources and safe place to deal with critical incidents.

RM 290 Kindersley represented by Deputy Reeve Lionel Story thanked the fire department for all their dedication over the past year. Story mentioned how the RM has been supportive of the fire department, how in recent years the RM has spent 1.3 million dollars for firefighting equipment. The RM also donated 1 million dollars towards the construction of the new fire hall.

Deputy Mayor Randy Irvine and Audrey Heburt, the CAO of the Town of Kindersley both thanked the emergency responders for their hard work towards the community.

Sargent Ray Blais of the Kindersley RCMP spoke on the cooperation between all emergency responders in the area. His speech also included a humours twist. Once he was done speaking he asked the audience to stand while he read a poem. Once everyone was standing he announced he had no poem, instead he just wanted a standing ovation. The audience broke into laugher.

Lieutenant Myles Perrin was awarded for 25 years of service.

The evening was rounded off with a Casino Night. 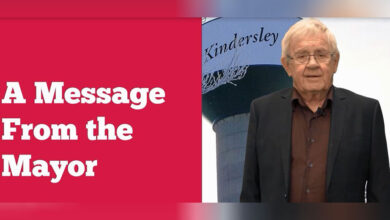 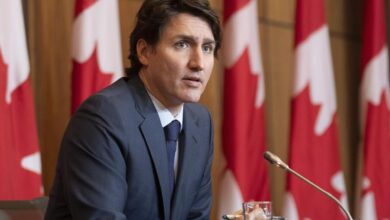 The Cross and the Cleaver: Let’s Make Dinner!