The family lived in Red Deer, AB; Knight’s Ferry, CA and Spirit Lake, ID before Kathy and the boys moved home to Kerrobert, SK in 2001.

Jaron attended elementary school in Spirit Lake, ID and Knight’s Ferry, CA then with the move to Canada he attended Kerrobert Composite School and NorthWest Central School in Plenty, SK. Jaron’s favorite part of school was playing football. He was a skilled player able to play both offence and defence. Jaron was a very tough, intense opponent. He taught his brothers and younger cousins all about how to make the most effective blocks and tackles. Jaron also developed a great love, and high level of ablilty, for snowboarding. He became an instructor and taught at Twin Towers’ at Stranraer, SK. In the last few years, Jaron became an avid fisherman.

Jaron’s life work was construction, like his dad. Building his mom’s home and uncle’s shop with his dad were just two of the many construction jobs Jaron did around the Plenty area before securing employment with PTC Construction Ltd.

Jaron loved his family. He and his high school sweetheart, Miranda Switzer, were blessed with 2 beautiful children; Jackson in 2013 and Selene in 2015. Jaron, Miranda and the kids lived near Kerrobert, then moved to Daysland, AB for Jaron’s work. Giving his family roots was very important to Jaron, so in August 2019, he and Miranda bought a home in Plenty, SK. This also meant they would be close to family; grandparents, aunts, uncles and cousins.

Jaron will be forever remembered and lovingly missed by his life partner, Miranda Switzer and their children, Jackson and Selene of Plenty, SK; his parents Kathy of Kerrobert, SK and Lyle (Elsie) of Hamilton, ON; his brothers Quaid of Kerrobert and Rylan of Kerrobert. Also mourning his passing are his in-laws, Ken and Lavone Switzer of Kelfield, SK; Ken (Isabel) of Bolivia, Rob (Connie) of White City, SK; Terry (Katherine) of Summerland, BC; Michelle of Saskatoon; Kim (Joseph) of Saskatoon; Wanda of Summerland, BC; Angie of Saskatoon and Natasha of Yorkton as well as many aunts, uncles, cousins, nieces, nephews and friends.

Donations may be made to the Miranda Switzer Trust Account, which has been opened at the RBC Royal Bank in Kerrobert. Donations can be made at any branch of the Royal Bank or can be mailed to Caron Van Basten, Box 187, Kerrobert, SK S0L 1R0 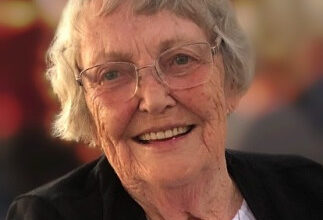 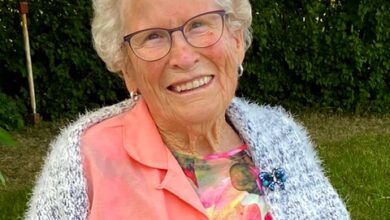 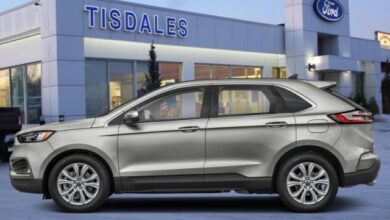