If you drive by the Kindersley museum you’re sure to see a 1950’s GMC truck parked out front, and its owner, Glen Sitter will be inside. “I am vice chairman of the museum. I look after the office. I’m kind of a jack of all trades; I even make coffee,” Glen said. At the age of 85, he has certainly earned the title of a jack of all trades.

“I’m really interested in Kindersley. Other people my age came here later in life, but I’ve been here all my life,” he said. Glen said Ditson Drive in Kindersley was named after his grandpa, Ben Ditson.

Glen operated a transport business in Kindersley for many years. After he sold his business, he began restoring vehicles. “I restored about fifty cars over the years, from the ground up. That’s what I did after retirement. At one time I had twenty-five of them; now I have one that I drive every day.”

However, Glen didn’t spend all his time restoring cars; he was also involved in the community throughout his life. He was involved in the Chamber of Commerce, the Town Council and with the Kinsmen club for many years. In addition, he was on the highway traffic board for ten years.

Glen’s passion for building and restoring cars began when he was a child. He also enjoys
carving beautiful replicas out of wood. “I started carving when I was old enough to walk,” Glen said. His carvings are on display at the museum. “I’ve always had an interest in building models of one kind or another.” He builds the wood models simply by looking at photographs. “When I start building something, I stay at it, so it doesn’t take that terribly long.”

Now Glen is busy building an impressive model railroad, which is located upstairs in the museum. The supplies were donated by local people. “I put it together and expanded it quite a bit. It’s still a work in progress,” he explained. The progress continues thanks to the three or so hours a day that Glen spends at the museum working on the project.
“I’ve been to some seventy-five museums, and nobody has what Kindersley’s museum has. Nobody has inside and outside artifacts like we have in Kindersley. It’s a big job to run the museum, but we have some pretty dedicated people who do a lot of work. The museum is a good place to be. There’s a number of guys who come to the museum every day to work,” Glen said.

Even though 2020 was a slow year because of a lack of functions and a tourist booth, the community has been very generous to the museum. Glen estimated that nearly one thousand people toured the holiday walk of lights at the museum during the five evenings it was made available to the public. During that single activity, Glen said the museum received “unbelievable generosity” from community donations. “Thanks to the community, we raised a lot more money than we ever thought was possible on a strictly drive through basis.”

Although 2020 was a slow year, there’s lots of activity going on at the museum. All the activity takes place because volunteers like Glen and many others like to stay busy and keep on contributing to this community like they have during their entire lives. 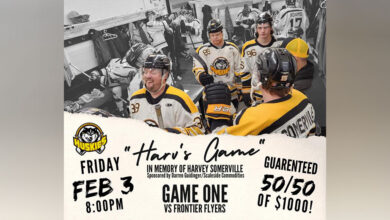 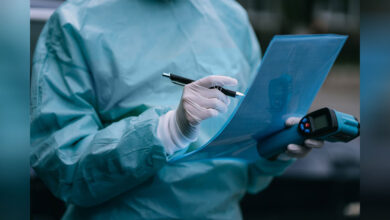 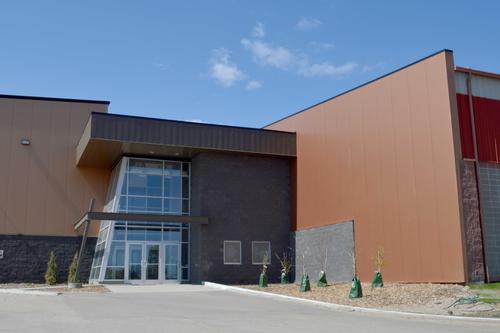