In November, through the Wheatland Regional Library, three-time Stephen Leacock Medal for Humour award and Giller prize winner, Will Ferguson hosted an evening of discussion via Zoom.

Born and raised in Fort Vermilion, Alberta, Ferguson caught the “creative bug” at an early age when he discovered his love for writing stories and drawing pictures. “My first dream was to become a cartoonist, my second to be a writer. I never did make it as a cartoonist, but I did get to write books for a living, which is lovely. My Dad always said, “Figure out what you love to do, and try to convince someone to pay you to do it.”

Ferguson, who is driven to write by his curiosity, has a robust writing career consisting of countless articles in magazines such as the New York Times, Esquire UK, the Globe & Mail, National Post and Canadian Geographic. Currently, he has published 18 published books, most recently The Finder. 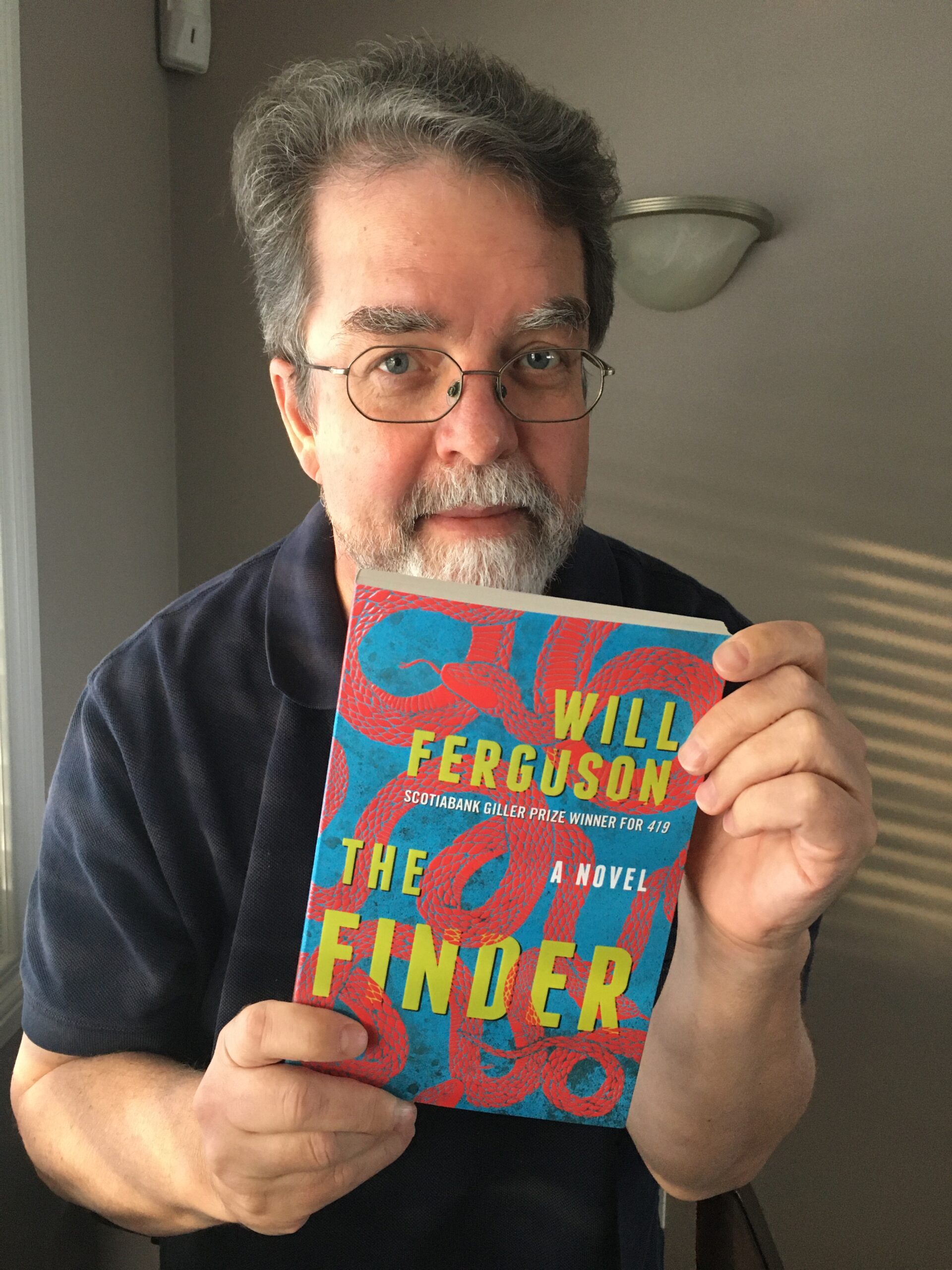 In The Finder, Ferguson takes readers on a heroic, imaginative journey across continents, from the seas of southern Japan to the arid Australian Outback. The Finder is a wildly original tale about the people, places, and things that are lost and found in our world. Both an epic literary adventure and an escape into a darkly thrilling world of deceit and its rewards.

Ferguson, who is himself well-travelled, says his ideas come from all over and that every writer is a magpie at heart. “Every snippet, every passing encounter or moment we stumble upon can someday foster a story. One memory he has “magpied away” is of Kindersley. “I’ve been to Kindersley, years ago, when I was writing for Maclean’s. I was working on a feature about Large Objects by the Side of the Highway, and I seem to remember a giant goose in Kindersley, so who knows, maybe Kindersley will figure in one of my future works!”

Along with finding story ideas in his everyday life, Ferguson also draws inspiration from the writers he reads, such as Graham Greene in fiction; Pierre Berton in history; Pico Iyer, Bill Bryson, Jan Morris and Paul Theroux in travel.

When it comes to his work, he takes an organized approach in creating his characters and worlds. “I work with index cards, shuffling scenes and storylines about, trying to create a complex but interwoven plot. I like to know where my story is going, even if I twist and turn the original plan as I go.”

As for what’s next for Ferguson? The Finder is the first in a series of novels, and he is already deep into the next story featuring the same four core characters: the scarred war photographer Tamsin, the burnt-out travel writer Rafferty, the dogged Interpol agent Gaddy Rhodes and, of course, the Finder himself, who is an anti-hero of sorts.