Winter storms are a way of life in the prairies, almost a right of passage. White knuckle driving, freezing rain and glare ice, white out conditions so bad you don’t even know if you’re on the road anymore. Anyone living on the prairies will have just a few stories of some crazy winter storm they have survived. Maybe it’s what makes us more complacent about driving in these conditions and choosing to not heed the public warnings to stay home. There’s a belief that the world can’t stop because of some snow. Prairie people can be a stubborn lot on that front.

Following these storms, we hear the stories of some of those venturing out being trapped on closed roads for extended periods of time, sleeping in their vehicles overnight, or stuck in the ditch. For most of us, it’s a choice to take that risk, but for emergency personnel, it’s not always a choice to battle these conditions. When lives are on the line, emergency personnel leave their own families and risk their own safety to go out and make sure you get back to your family. We don’t often hear their stories until the unimaginable happens, and they become the people being rescued, or worse, not making it home at all. Speaking to emergency services across the area about the challenges and worries they face in these extreme winter conditions.

During the holiday season for two towing companies in the province, the stark reality of the dangers hit, with operators being struck while on calls during storms. The companies took to Facebook begging for people to slow down and move over. It puts it into perspective how important it is to remind people of what’s at stake on these roadways. By Swift Current, Low Cost Towing’s Truck and operator were both hit by a semi on Dec 28th. The truck being severely damaged, and operator being sent to hospital. Local Operator Cordell Gross of Valley Towing was struck on December 23rd while loading a vehicle and the collision severely broke his leg in two places. He spent his Christmas awaiting surgery to repair the fractures in his leg. Speaking with him, the biggest message he wants to send out is “Slow down and move over”. Give them room to work safely. He hopes his story can encourage drivers to do so for the safety of him, his men, and anyone who works in the towing industry. They have families to get home to as well.

Derrick Ching with TKC Trucking said the public sharing the road with them is one of their biggest concerns. Whether they will be able to see them. “Our lights are bright, but sometimes just not bright enough” especially when blowing snow and snow dust reduces visibility out there. If they must respond during a storm, they take a pilot truck for increased visibility and a safety buffer zone. Sometimes it’s not enough and Derrick states, “people just don’t seem to slow down, and it puts everyone’s lives at risk” For him hearing of these instances of operators being struck “Is hard on those in the industry” They are out there just trying to help one another. Everyone has loved ones to get home to and accidents like these devastate everyone. Patience is key.

Staff Sergeant Kevin Peterson with Kindersley RCMP detachment says they advise the public to “Adhere to travel advisories with winter travel. It not only keeps the public safe but emergency services safe who are responding assist drivers who have been stranded or in a collision.” Extreme weather can delay responses, so it’s better to err on the side of caution and stay of the roads.

When encountering emergency personnel with lights engaged you are required by law to slow to at least 60 km/h to ensure the minimum safety of those working on the side of the roadways. This covers Fire, EMS, RCMP, tow trucks, and highway crews. Sargent Peterson states that it’s a struggle for all emergency services in having motorist slow down. Hefty fines as high as $570 are in place for not adhering to the law but it’s not always a deterrent.

One sentiment echoed across every department was when you encounter them slow to at least 60 km/h (slower is better) Paying attention to what’s in front of you on the road, is more important than seeing what they are doing. Each have stories of line of duty deaths or injuries due to distracted driving or speed that no one is ok with. Whether it’s RCMP, EMS, Fire, towing or department of highways they are an essential part of public safety during storm conditions, and we want them back home safe with their families. 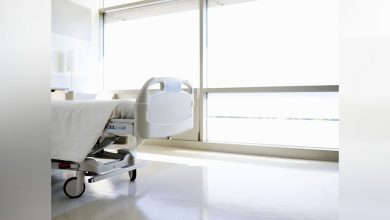 Increase in Organ Donations Across Canada in 2021 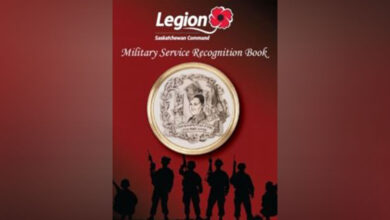