For a thirteenth year the Canadian Volunteer Fire Services Association conducted a National search to name one of Canada’s best volunteer firefighters based upon a prescribed criteria. The award is known as the “CVFSA Lifetime Achievement Award”©. The program is administered and managed by the CVFSA and the nomination process was open for a five month period. A committee of six volunteers from different regions of Canada reviewed the nominations and selected the winner.

The 2022 recipient is Retired Fire Chief Ronald Hope of the Rural Municipality of Kindersley No. 290, Saskatchewan. Ron joined the Kindersley Fire Department in 1981 at the age of 21.
He was young and eager to learn. As the years passed, he found many ways to pick up new skills and actively participate in moving the department forward. Ron earned his Professional Qualifications through the International Fire Service Accreditation Congress in the following areas, Fire Fighter Level 1 & 2, Haz-Mat Awareness & Operations, Fire Service Instructor Level 2, and a Certificate in Fire Ground Management from the Brandon Fire College as well as many other certifications during his career. In 1999, Ron accepted the position of Fire Chief, and he is now the longest-serving Fire Chief on record for the Kindersley Fire Department.

“I was very shocked when I received a phone call from Brian Starkell, President of the CVFSA, informing me that I had been selected for the 2022 Lifetime Achievement award. To have been selected from all the nominations across Canada is extremely humbling,” shared Ron Hope.

Being in the Fire service quickly became a way of life for Ron and his family. As a young single Dad, Ron raised his two boys alone while continuing to work full time and lead the Fire Department. He always had a back-up plan, someone that was able to help him with his boys while he attended a fire call, training session or meeting. At times there was no help available, and his boys would get front row seats from his personal vehicle on fire calls. Ron’s two boys developed a love for the fire service as well and both are active members in their communities. Mitchel is a Deputy Chief with Kindersley Fire and Lance is a Lieutenant with Outlook Fire.

The 2022 “CVFSA Lifetime Achievement Award”© program is supported by Duracell and First Alert. 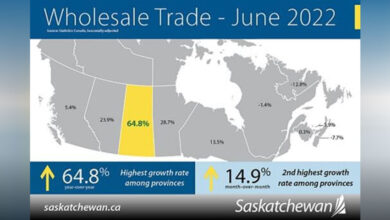 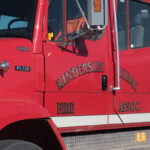